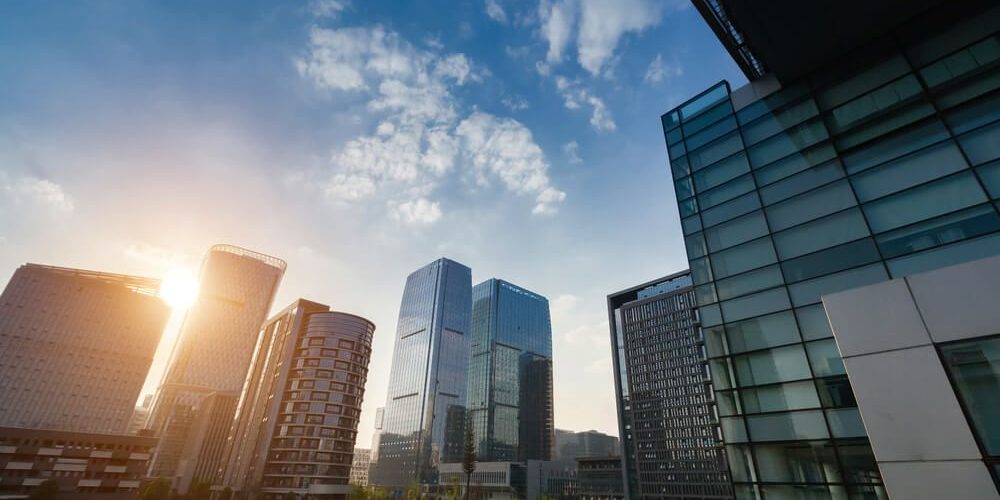 Commercial Real Estate Investments are lucrative business areas, not only in India but anywhere in the world. With an increasing Skyscrapers and buildings being built faster than ever before, real estate investments need the hour. More and more Commercial real estate companies are entering the Commercial Real Estate business making it highly competitive and thus increasing the standard higher than ever before.

Some of the rules to be followed while buying a real estate includes:-

With government allowance of up to 100% Foreign Direct Investment (FDI) for townships and settlement development projects, the growth in this area has known no bounds. Under the Government’s coveted Housing for All schemes, 60 million houses are set to build with 40 million in the rural and the rest 20 million in urban areas by the year 2022.

The company is involved in developing residential projects, commercial projects, retail projects, and information technology (IT) projects worldwide. The company reached its peak and witnessed its highest ever sale in the Financial Year 2020 when it delivered over 5.23 million square feet of space and added ten new projects to its portfolio of works. They signed the first Memorandum of understanding for their first project in the year 1991. From there, the company has come a long way to becoming publicly listed in the year 2010 and recording a consolidated total income of Rs. 2829 Cr (USD 401.33 Million) in the year 2020.  Some of Godrej Properties’ famous projects include township projects in Pune and Maharashtra, partnership with Taj Hotels to develop world-class Taj brand hotels, etc.

Assetmonk is part of Incor’s business group which has spread its reach into Realty, healthcare, and hospitality, to date. Incor started off its healthcare journey with OMNI Hospitals offering multi-specialty healthcare services. It is operational across Andhra Pradesh and Telangana.

With 15 years of profound experience in diverse industries, Incor has proliferated into the real estate space with acclaimed projects like PBEL city, One city, Caramel heights, and many more.

Assetmonk started its real estate journey in 2019. It has ventured into residential and commercial real estate through fractional ownership and emerged successfully. Almost all projects are fully funded evincing the potential of the platform.

Through fractional ownership, Assetmonk enables investors with small ticket sizes to invest in high-grade real estate assets that were earlier accessible to high net worth individuals. Assetmonk lists out some of the trending upcoming assets like Co-living spaces and Condos manifesting the ability to go places. It is spearheading with the vision of outreaching real estate to investors of all budget points.

SOBHA Limited is one of the most respected Real Estate brands in India and is known to operate on a PAN India level. Established on August 7th, 1995, the company believes in its famous tagline, “Passion at Work.” It is the only backward integrated real estate player in the country that works with a vision to transform how people perceive quality. SOBHA strived to deliver high-quality properties to its clients everywhere it goes. It is present in 27 cities and 14 states across the country.

This makes it a true PAN India player in its core. With 3309 skilled employees and professionals working around the hour and 467 real estate and contractual projects completed since its inception, the company has successfully imprinted its name among top players in the Commercial Real Estate industry. Its consolidated total income stood at a whopping Rs. 3515.6 Cr in the Financial Year 2019, and this established the company among the biggies.

The company changed its status from a Privately held to a Public company in 2006 when it raised Rs. 570 Cr (USD 125.86 Million) through IPO, where its issue over-subscribed by a whooping record of 127 times. Its milestone achievement includes becoming the first Real Estate company to obtain ISO 9001 certification in 1998, a project of construction of Corporate Block for Infosys Technologies Limited in Bangalore, launching the International City its first residential project in Delhi NCR, Gurgaon, etc.

DLF is termed as the largest and the most famous Realty Developer in India. Founded in the year 1946 by Chaudhary Raghvendra Singh, DLF is one of the earliest players in the real estate sector. Between the years 1950 to 1964, DLF was involved in the building and developing 22 urban colonies in Delhi. DLF Building India has a track record of over 73 years and a presence across 15 states and 24 cities across India.

With a building and development potential of 227 million sq. ft, the company is involved in developing residential projects and commercial projects and retail projects, and information technology projects. The company is known to operate in all stages of Real Estate development that ranges from land identification and acquisition, planning and execution, to construction and even marketing of the said projects. In the Financial Year (FY) 2020, the company has registered a total income of Rs. 6888.14 Cr (USD 977.18 million).

It generates most of its revenue from both sales as well as rentals of its projects. It also earns revenues as it is engaged in both power generation and transmission of that power. Some of the important milestones for DLF Building India include the development of DLF City and the development of DLF CyberCity in the years 1985 and 2003 respectively; becoming a listed company with an IPO of USD 2.25 Billion in the year 2007; commercial operations at India’s first luxury mall in the year 2008; launching of DLF mall in the year 2016, etc.

The demand for Real Estate has surged in India like never before. India today ranks among the top 10 price appreciating housing markets internationally. It is so humongous that the co-living market size across India’s top 30 cities is expected to grow more than double to USD 13.92 billion by 2025 from the current position where it stands at USD 6.67 Billion. With innovations such as co-living and co-working, it has become imperative for investors to stay on top of changing market trends. With a number of reforms brought about in the real estate sector, processes have become transparent and customer-centric. Efficient implementation of these reforms is sure to boost the CRE segment in the coming time.

Do the top companies which deal in Commercial Real Estate hire brokers?

Yes, many top companies dealing in commercial real estates hire brokers to deal with multiple factors which normally is out of line for the big companies like:

1. Exposure of Potential liability
2. Zoning issues
3. Liens and title issues
4. Hazardous materials
5. Requirements of Stringent insurance parameters
6. Intensive research on verifications and inspections which can be time consuming and tedious.

7. Complex contracts and comprehension of the minute terms and conditions of the agreement.

What important information should be verified and confirmed from the seller before purchasing Commercial Real Estate?

It is crucial for any buyer or top rate company or brand to raise questions and do stringent verifications before buying commercial real estate from another seller. This is beneficial for these companies to gauge the correct scenario of the market and working on demand and supply of the same. Important information that should be verifies are as follows:

When the topmost companies buy or lease commercial real estate, what are the main points or factors that they take into account to take the decision of buying the property or retaining it on Lease?

This is a crucial question and one must consider many factors and considerations before deciding on leasing or buying a commercial real estate. The main points are:

Which are the top 10 Real Estate Companies in India?
If a Real Estate property is received as gift, is it mandatory for the beneficiary to pay stamp duty on it?

Yes. Stamp duty needs to be charged ranging from 5% to 12% in all states. There is a concession of 1-2% provided to females in few states like Haryana, Rajasthan and Delhi.

Been Thinking of Acquiring A Commercial Real Estate? Here Is The Way To Creating An Investment Plan For It
10/10/2022