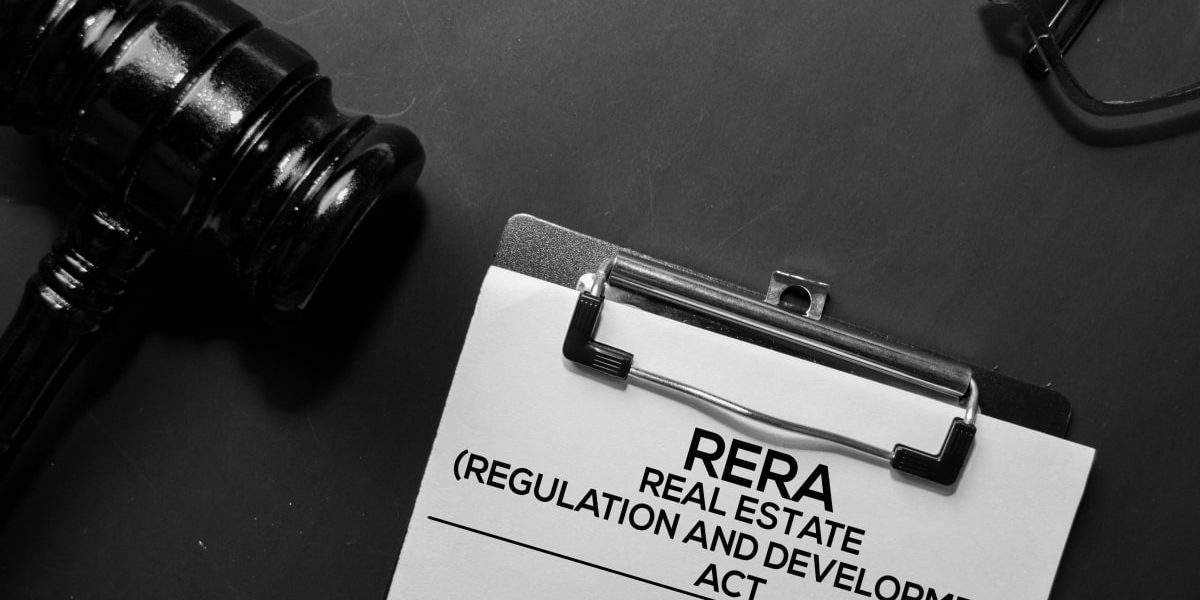 A buyer’s grievances concerning property purchases have been a considerable concern as investing in real estate is a long-term financial commitment. These remedies have been provided under the Consumer Protection Act, whereby the National Consumer Dispute Redressal Commission (NCDRC) has been empowered to make decisions concerning real estate disputes. Real Estate (Regulation &amp; Development) Act, 2016, has always been considered a game-changing law as it provides complete protection to property buyers. The buyers are provided with rights that they never had, now under the Act of 2016.

Power of Adjudicating Authority and the Real Estate Regulatory Authority

According to Section 71 of the Real Estate (Regulation &amp; Development) Act, the adjudicating officer is appointed in consultation with the government. Section 71 of the Act describes the Adjudicating officer’s qualification as the person who is a judicial officer and has been a District Judge. There has often been confusion concerning the power that has been vested with the Adjudicating Authority and the Real Estate Regulatory Authority.

The Adjudicating Officer is responsible for holding an inquiry into the various issues and issuing orders after providing each of the parties a reasonable opportunity to be heard. The court has in its recent judgment of Emperor Developers Pvt. Ltd v. State of Haryana and Ors held that the powers vested on the Adjudicating Authority hereafter referred to as A.O. is to decide upon the rate of compensation to be granted in cases of default of the promoter of the Housing Project. The court further explained the judgment in light of Section 71 read along with Sections 12, 14, 18, and 19 of the Real Estate (Regulation &amp; Development) Act.

For further remedies, the homebuyers are required to approach the Regulatory Authority under Section 35, 36, and 37 of the Real Estate (Regulation &amp; Development) Act who has been vested with broader powers. The remedies under this provision can be availed against the house’s allottees, the promoter, and the so employed real estate agent. The Authority is also vested in giving directives and issuance interim orders when applications are brought before them.

The Regulatory Authority is subordinate to the Appellate Tribunal and High Courts. The court thus differentiated the power vested in A.O. and Regulatory Authority in the case of Emperor Developers Pvt. Ltd v. State of Haryana and Ors. The court held that the parties might approach the A.O. only in circumstances wherein the applicant seeks compensation. The A.O. is also further empowered to check the existence of an enforceable agreement between the parties.

When there is an omnibus relief that has been sought, an application needs to be filed with the regulatory Authority responsible for reviewing the application and deciding the validity and enforceability of the contract between the promoters or real estate agent the allottees. Then the Authority refers to the question regarding compensation to the A.O.

Remedies of Real Estate (Regulation &amp; Development) Act could be availed with those under the Consumer Protection Act.

One of the courts often had to deal with whether the remedies available under the Real Estate (Regulation &amp; Development) Act can be availed or perused along with the Consumer Protection Act. The answer to this question is yes. The remedies available under both the Acts can be satisfied simultaneously as Section 88 of the Real Estate (Regulation &amp; Development) The Act states that the provisions of the Act are to be used as an addition to the already existing laws and not in derogation to them. Thus, if an allottee withdraws a complaint from the Consumer Forum, he is only eligible for the compensation and the interest and no other reliefs.

The Justices Dr. S Mularidhar and Avneesh Jhangan in the case Emperor Developers Pvt. Ltd v. State of Haryana and Ors held that it is not mandatory to withdraw the complaint filed with consumer forum to the Adjudicating Officer who is appointed in compliance with the provisions of the Real Estate (Regulation &amp; Development) Act. The judges also held Section 71(1) to be an enabling provision which permits a person who filed a complaint with the consumer forum to withdraw his complaint and apply with the Adjudicating Officer.

When this provision is read along with Section 88, it implies that the requirements of 71 are an enabling provision and not a condition that mandates the withdrawal of petition file with the consumer forum. Thus it is recommended that the petitioner take informed and conscious decisions before withdrawing the complaint filed with the consumer forum as the withdrawal will lead to the petitioner restricting his relief to just compensations and interest. It is also recommended in the petitioner’s best claim that he seek remedy under both the Acts simultaneously.

Can the Adjudicating Authority function with a single member body?

There are no provisions in the Real Estate (Regulation &amp; Development) Act, which deals with the question as to whether the Authority or the Appellate Tribunal can function with a single member while exercising its quasi-judicial or adjudicatory functions. The court, in the case of Janta Land Promoters Private Limited v. Union of India and Ors. Held that sections 20(2), 21, and 29 states that the adjudicatory power should not be transferred to a single member until there is an express provision under the Act because there is no express provision in the Statute, which envisages it.

The Act has stated that the Authority is incomplete without the Chairperson and at least two whole-time members. The court also further held that according to the provisions of Section 43 of the Real Estate (Regulation &amp; Development) Act, the Appellate Tribunal is not complete unless it has a minimum of two members out of which one is from the judicial background while the other is from the technical or administrative experience. Thus, the court held the decisions passed by a single member authority or Appellate Tribunal as null and void. The court stated that such decisions need to be sent back to the Authority or tribunal for reconsideration and cannot be enforced.

Adjudicating Authority who checks the enforceability of the contract and grants compensation and interest to the aggrieved party. The reliefs under RERA can be availed simultaneously with that under the Consumer Protection Act. Section 88 states that the provisions of RERA should be treated as an addition to the already existing laws. The courts have also held the judgment passed by a single membered Authority or Appellate Tribunal as void as the law mandates a Chairperson and at least two whole-time members in case of Adjudicating Authority and a minimum of two officials in case of Appellate Tribunal.