After building cities around trading ports for over a century, India is finally exploring Airport cities.

Net Absorption is an important metric to understanding the profitability, sustainability, and stability of an investment in commercial real estate. 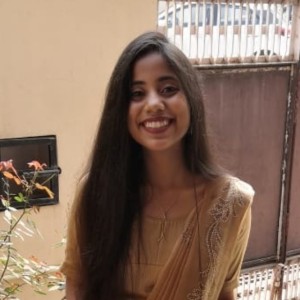 An Aerotropolis is a metropolitan region that is situated or constructed around an airport. It is a fusion of the two words aero (aviation) and metropolis. While Aerotropolis may have been a novel idea for Indians, it wasn’t completely unknown, as we have a rich history that is filled with examples of cities and towns developing around local trading centres ( port cities) like Machlipatnam and temple towns like Varanasi. Aerotropolis or Airport cities are just modern-day examples of cities developing around trading centres.

The SujalaamSkycity (Andal Aerotropolis) in Asansol parliamentary constituency was the first Aerotropolis in India. Hyderabad, due to its strategic location, connectivity, economy, infrastructure, governance, and real estate demand is on an assured path to getting recognized as an Aerotropolis city very soon.

History of Airport Cities in India

India is diversifying into becoming the new Aerotropolis hub. There are several reasons for such dramatic changes, a few of which are listed below.

As the open skies policy of 1991 led to a substantial increase in air traffic. Years 2006 to 2013 saw the passenger traffic grow by 65% that is up to 159 million. Increasing air traffic requires better infrastructures and also scope to expand the airports to minimize challenges and ensure growth in the sector. Experts believe that this could have been the first spark of Aerotropolis in India.

The Airports Authority of India or the AAI had passed an amendment that allowed airports to be owned and operated by private bodies, or follow a Public-Private Partnership model (PPP) model for the development of greenfield airports. These bodies were also permitted to acquire FDI of foreign direct investment for expansion and up-gradation of existing airports.

While the public and private bodies worked in synchronicity to expand airports and build new infrastructure, it was around this time that they also accepted and adopted the global concept of Airport City or cities situated around an Airport.

Why is India the next Aerotropolis hub?

Aeroteopolis is a very dynamic concept as it does not just aim at increasing business or developing an ecosystem around the airport, but it also aims at connecting other trades and businesses, civilizations, people, and regions. It is a great way of taking one’s culture forward with a modern approach. Aerotropolis or the airport city is an urban development with an airport at the center and aviation-linked businesses growing and flourishing around it. This western concept, while still in its exploration phase, has attracted a lot of investors to work on its greenfield airports of Bangalore, Hyderabad and Kochi.

So do visit the Assetmonk website to explore this investment opportunity and grow with the future.

Hyderabad International Airport will soon become an aerospace cluster and an industrial cluster as a part of the international airport. As the city falls into a multi-product Special Economic Zone, we will witness the development of business, healthcare, education and even fun centres all in one place.

Bangalore has a strategic location that allows it an opportunity to grow in length and diversify while holding on to its heritage. The growing government and real estate demands of the property are sure to make it the next big Airport Capital of South-East Asia’s Changi International Airport in Singapore and Incheon International Airport located in Seoul, South Korea.

The Kempegowda International Airport is spread over 4000 acres and is located about 30 km north of the city of Bangalore. The Bangalore Airport city will be spread over 530 acres and will enable passengers and visitors to indulge in business and leisure within the Airport vicinity itself.

With the IGIA at its centre, the Aerocity of Delhi will be seeing a lot of growth and vibrancy. As Aerocity directly connects Delhi, Gurgaon and other major cities, Aerocity can grow as the commercial hub of NCR.

The IGIA is built to provide leisure and luxury to its passengers and also help the business and connections grow.

Infrastructure development is a key driver of the economy. The development of roads, highways and logistics will be an impetus for tourism and business in a city. Airports are becoming the new centres of economic activity making them both a great asset and investment. As airports are a considerable boost to the city area, cities developing around airports or aerotropolis can be the next big hit in India.

According to a 2015 report, 80 airport cities around the world are either fully functional or greatly occupied to make the most of it. Diversification of Indian Airports into aerotropolis will be a big hit.

Aerotropolis is a metropolitan city that develops and diversifies within and around an airport space.

How does an Aerotropolis function as a city?

As an aerotropolis includes a healthcare and education centre all combined, the airport city is just a mini-city situated around an airport.

What Type Of Properties Generate The Most Rental Income?

For real estate investors, there are a few sorts of income assets that stick out. Even if there are a lot of houses on the market right now, it doesn’t mean you should buy the first one you see. Instead, run the properties through a few criteria to determine whether they’d be a good first investment property.

What Do Asset Management Companies In India do?

An asset management business gathers funds from clients and invests them in a variety of investment possibilities, including shares, debt, real estate, gold, and so on. Let’s delve deep to understand its role in real estate!

Effective Strategies to Save Tax with Rental income

How to determine the rental value of a property

How To Invest In Real Estate With A Tight Budget

Real estate has typically been a playground for the wealthy. That, however, is no longer the case. An aspiring Joe does not necessarily require big bucks to invest in real estate.

What Is The Right Combination Of Liquid Assets And Fixed Assets?

Asset Management Assistance Or An Asset Advisor: What Do You Need?

Want to create wealth outside the stock market? Here’s how to!

Do you immediately think of the stock market when you think about investing and creating wealth? We are all guilty of it, are we? If that is the case, you are missing out big time. Other than stock, there are excellent strategies to diversify your portfolio by making wise investments. So, why place all your eggs in one basket, right?

Financial Goals For Real Estate Investments In Your 40s

What Is Pre-retirement Planning In India?

If you put all of your eggs in one basket, you might lose everything in the blink of an eye. Therefore, diversification of investment portfolios is critical. Investing some assets in the stock market, some in bonds or ETFs, and some in real estate increases your chances of better rewards and fewer losses. Also, real estate offers plenty of choices to investors for real estate investments ranging from long-term to short-term.

NRIs Investing In Indian Real Estate: A Smart Move In 2022?

Confused as to how investing in the Indian real estate industry would benefit your portfolio? The investment climate in India is favorable for NRIs due to a stable political scenario and appropriate governmental efforts.

Why Coliving Models Are A Hit In India

Humans have been coexisting since the beginning of time. However, it is only recently that coliving has begun to gain traction in India.

Investing in an asset encompasses more than just purchasing and selling of assets. It is also about having a consistent flow of income. Earning money may be challenging, but spending it is not necessarily hard. Also, keeping control of income promotes long-term financial security. As a result, effective asset management is critical. So, how do I choose a modern asset management company?

How to invest in real estate smartly to save tax

As the saying goes, “a penny saved is a penny earned.”. Tax planning is one method for lowering your tax burden when investing in real estate and increasing your revenue.

How Can Indian Investors Use The Untapped Power of Asset Management

Asset management is intended to cultivate market value for ownership to improve its returns, whether it is real estate or any other asset.

High to Low: Evaluate How Your Money Will Grow With Every Investment Option

In terms of gross office space demand, Hyderabad surpassed Bengaluru as India’s top CRE destination during the July-September quarter. According to real estate experts, Hyderabad emerged as one of the most resilient cities following an average performance in the second quarter of 2021.

There are numerous opportunities for real estate investment in 2021. Property prices in major cities that had remained unchanged have begun to show some positive shifts.

12 Proven Tips To Attract Tenants To Your Property

Everything a rental investor does is designed to attract more or better tenants. Here are some tips to help you discover tenants and enhance your rental yields.