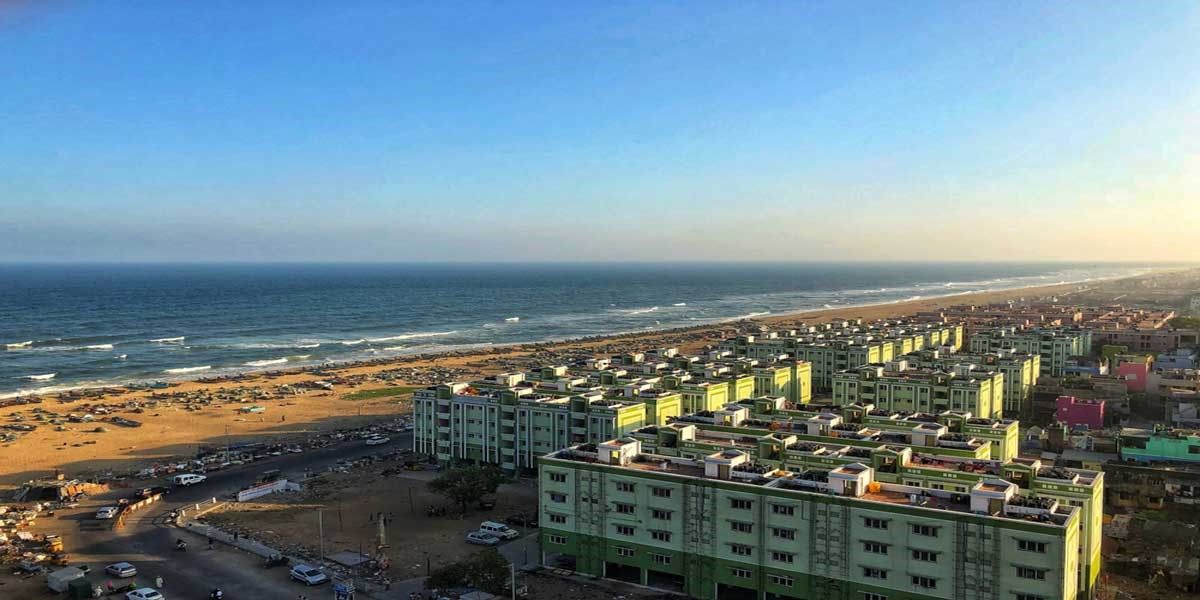 After the whiff of fresh air received by commerce and businesses in India’s last few decades, the boom of the real estate sector has been inevitable. The Southern States of the country have seen an upsurge in business activities because of their sound infrastructure driven by business-friendly attitudes.

We must also direct our attention to the Chennai Real Estate market while we talk so often about Aamchi Mumbai and Silicon Valley Bengaluru. This is so because many have seen the long-term potential for growth in the region. Many have also acknowledged that the cost of doing business per square km is much more affordable here.

Why Chennai Real Estate market is a Popular Investment Hub in India?

With the growth of companies in the most thriving IT and Services Sector, the attraction of high and medium-skilled individuals across the country’s length and breadth has never been an issue. This creates the demand for housing amongst the local populace because the demand for rent is available. Amongst immigrants whose, demand for housing is driven by their long-term considerations of the eventual settlement.

There is a complicated relationship between business and property spaces. One cannot thrive without the other. While the hitherto local-based demand for residential housing has given away recently to more expansive target groups, demand for office spaces has always played an influential role in Chennai ever since the boom in the economy. One needs to glance and marvel at the amazing edifice of offices of TCS at Siruseri and other places.

This will be sufficient to convince him or her of the potential lurking in the depths of the urban space and the wonders it can unfold. Interestingly, there has been a 92% absorption of the demand for office space in Chennai, per a report from JLL India. This is also one of those cities where the demand-supply gap is the least.

As indicated earlier, the growth of office spaces is often held as a significant index for the demand in urban housing. Chennai is basking in the glory of residential demand.

Reasons Behind the Spectacular Demand

While the factors that create a situation of property demand in Chennai have been at work in Bengaluru and Hyderabad as well, Chennai seems to hold greater potential because the demand-supply model has not yet peaked in Chennai. Hence, there are no immediate concerns about a slump.

Apart from the reasons related to employment opportunities, robust infrastructure is a big factor behind Chennai’s claim to fame. At a time when developers have to bear the brunt of regulatory devices like RERA, the fact that reports on new launch supply by agencies like ANAROCK seem promising is testimony to the stronger competitive outlook of the city.

The city is also a resident’s paradise with its high ranks in Mercer’s Quality of Living Index and its place in the BBC index of the most liveable cities.

Some Popular Destinations and their Features in this Industry

Avadi is one of the most popular residential spaces in the city. It is characterized by stupendous connectivity with public infrastructure and transport connecting to almost every conceivable area in Chennai. Besides, it is relatively cheaper than other places and also boasts of shopping malls, complexes, etc.

Located close to residential areas like Anna Nagar and Mogappair, Ambattur has the offices of giant IT/ITeS companies like HCL, and TCS among others. Thus it has emerged as a popular property investment area in Chennai.

Apart from the usual advantages of being close to schools and hospitals in the city, one distinct feature of Mambakkam is the unique range of properties it houses with a wide diversity of prices. Thus one can readily choose between a luxury style apartment and an economy class apartment in this area.

Korattur is a living and shining example of the strides that urbanization has made in the city. From being a rural area in the early 20th century, it has become a veritable real estate investment site of an urban township in recent years. Besides, its USP lies in its easy availability of budget residential options.

If someone is looking for an area that offers a wide range of housing options, one can readily opt for this location in the north-western part of the city. Mogappairprovides a plethora of options from gated communities to villas.

Located in the eastern portion of the city along the old Mahabalipuram Road, Kelambakkam is only a 5 km drive from Siruseri, the beautiful campus of TCS. Like the other regions, its fine connectivity, and vocational advantage makes it worth mentioning along with the rest.

Located in the south of the city, this area is a residential locality also doubling up as an IT hub. Sholinganallur lies on the junction connecting Adyar to Mahabalipuram and East Coast Road to Tambaram. It is home to modern apartment complexes, IT offices and high Indian restaurants.

Apart from the general slump that has beset the Real Estate industry of late in India, Chennai has registered a growth in this sector. The reason that is usually held up for this is the fact that Chennai has a diversified target group of consumers according to their affordability.

The exposition mentioned above is probably a good survey that upholds the veracity of this. The city has witnessed control in new launches and has put a lot of weight behind the completion of the projects earlier undertaken. This is in stark contrast to the behavioral pattern of this sector in places like Delhi-NCR, where heavy betting on luxury projects has been the main reason for the delay in the completion of existing projects. This has caused a further waste of resources and money. The fact that Chennai remains the 6 of the middle-income categories is quite evident from statistical inferences. Reports show that 36% of the property is priced below 40 lakhs, while 38% of units are priced between 40 to 80 lakh.

Thus, one might claim that Chennai remains a model worthy of emulation for other metro cities. The very problems in various other parts of the country can find their panacea in how Chennai has upheld its potential even in these situations of a downturn.

What are the factors that determine value of CRE investment potential?

The primary factors that determine the value of the potential for CRE investment include the commercial investments in an area, its infrastructure, its accesibility to hospitals, schools, etc.

The rise in IT sector and commercial boom in the state makes Chennai a sought after destination for high skilled workers. This creates a demand for CRE. Added to this is the enormous infrastructural investments in the state .

What is the current scenario in this regard?

At present one primary determinant of the location of fruitful investment in the city happens to be the proximity of the site from the IT sector. Also the provision of amenities has made certain areas a very rich site for investment in the recent years.

What is Chennai’s USP when it comes to Real Estate investment?

Chennai’s USP lies in its affordability and range. This is evident from the fact that 36% of the property is priced below 40 lakhs, while 38% of units are priced between 40 to 80 lakh

What are some of the areas noteworthy for their CRE investment potential in Chennai?

Some areas that show enormous promise are Avadi, Ambattur, Mambakkam, Korattur, and Mogappair to name a few.

Been Thinking of Acquiring A Commercial Real Estate? Here Is The Way To Creating An Investment Plan For It
10/10/2022