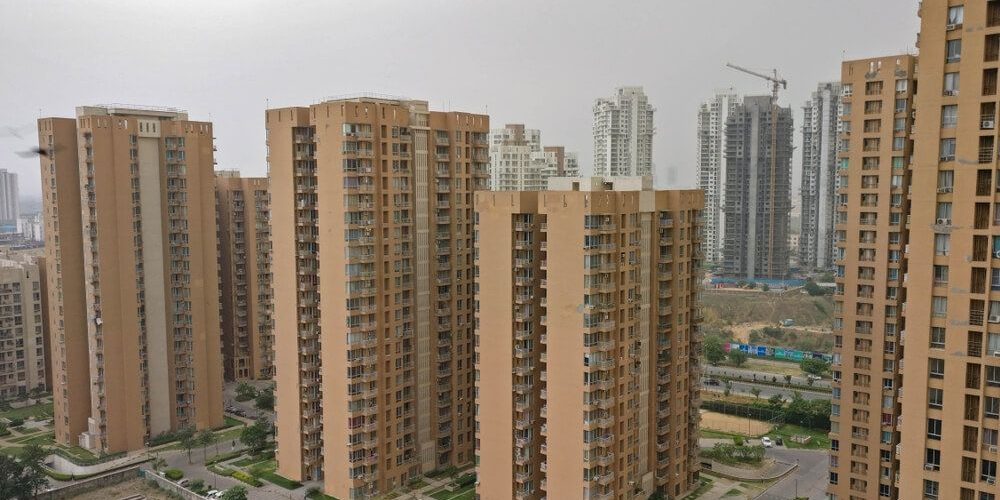 Hyderabad Commercial Real Estate: The Light That Shines Through

Since economic reforms took shape, Hyderabad deserves special mention among the regions that have grown with massive strides in India. It is hard to think of many other regions that have seen such massive inflows of high-skilled expats. This has contributed to the Hyderabad Dream, of which a natural consequence has been the rise of the Hyderabad Commercial Real Estate Sector in the city.

Hyderabad has had certain structural factors and advantages that have contributed to its boom in the Real Estate Sector.

There has never been another more important criterion for inviting investments in a place other than the growth and development of a sustained infrastructure. Hyderabad has an excellent network of roads and highways that can be a source of envy for other metro cities. Besides the superior quality, public and private transportation have always been a major advantage in this sector. Alongside this, the well-developed power networks have led to large scale development of industries. The state of Telangana has always recorded high levels of Foreign Direct Investment inflows in the country.

The Booming IT Sector

The spurt of investment in the last few decades in the IT/ITeS sector has been significant. Major multinational corporations have established their base here. This has drawn a large and superior pool of talent across the country. This has directly shifted the demand from an exclusive domestic realm to an inclusive, cosmopolitan realm. This demand has created incentives for a book in the Real Estate business. In a report of the 2017 CRE Symposium in Hyderabad, the bourgeoning of the BPO sector has supported the surveillance and supply of the Real Estate Sector. The demand for office spaces has also risen considerably in recent times.

The NITI AYOG has recently ranked Telangana at the third spot in terms of the Sustainable Development Goals Index. The better facilities for education and healthcare in the state have contributed to a skilled workforce and a deeply aspirational society. The needs of such a society include, amongst others, the need for better housing. This has been another factor for the rise of the Real Estate Market in Hyderabad.

Amongst the various places with excellent potential for the growth of real estate in the state, the most noteworthy ones are listed below with their features:

Located in the southwestern part of the city, Narsingi has been a lucrative site for Real Estate agencies due to its proximity to Gachibowli and other Hitech regions. The demand surge has come from IT ex-pats. Located in Outer Ring Road, the place boasts of properties by giants like NCC Urban One and EIPL Riviera.

If one wanted to add a salubrious lifestyle to urban opportunities, one could not think of a better place than Tellapur. With its environment and exquisite urban facilities, there has been a tremendous upsurge in construction activities.  Tellapur is also located in proximity to the offices of Microsoft, Wipro, and Polaris. Most IT firms are on the lookout for opportunities to set up their offices here. Aliens Space Station and Aakriti Honey Dew are some of the attractive properties in this region.

Adibatla is considered to be one of the most promising emerging Real Estate markets in Hyderabad. Located in the Ranga Reddy District, it’s commercial value comes from the steady and rapid returns on investment that it offers. This is a part of the ITIR region, and there are tasks on the development of the second infrastructure and IT-hub in this region. Tata Aerospace SEZ and TCS have begun to operate their offices here.

Pocharam has developed excellent connectivity to all major areas in and around the city. It is only a few kilometers away from the Rajiv Gandhi International Airport, Begumpet Airport, and Secunderabad Railway Station. Sprawling over more than 400 acres, Infosys has also set up its second campus in Pocharam.

Ghatkesar is located on the Hyderabad- Warangal Highway Road. One of the primary reasons for its being the cynosure of real estate developers is that it is located on the way to the famous temple in Yadgirigutta. The state government has allocated massive funds for development of Yadgirigutta, which, it is speculated, might lead to subsequent growth in the market value of Ghatkesar. Palm Meadows II, Dwarka Enclave, and Pinewood Homes are some of the finest real estate properties. Besides another important point of attraction of Ghatkesar, it can even boast of inexpensive commercial projects with no compromise on the standard of amenities and recreation.

Despite the significant downturns that this industry has faced in recent times in the country, Hyderabad is one of those places that recorded a growth in this sector. Property prices have even gone up quite steadily and rapidly bolstered by sound government policies to draw realtors. Hyderabad’s tremendous advantage over metropolitan cities like Delhi NCR and Mumbai is the relative balance in its property prices. This not only makes it a prime investment destination for big Multinational Giants but also for smaller companies.

While the Real Estate scene in Hyderabad had continued to be dominated primarily by the IT/ITeS sector, new investment channels are gradually picking up pace. Thus major explorations are being done in the areas of rental property, residential and retail real estate.  A major ramification of this is that co-living players are slowly making inroads into the Real Estate environment in Hyderabad. It will not be long before they tap into its potential with all their might. Hyderabad had already surpassed Bengaluru to emerge as the no. 1 spot for office property in the first quarter of 2019. It won’t be long before new milestones are achieved.

How do we determine the value of CRE investment?

The value of CRE investments are determined by the demand for building projects in an area that is measured by the kinds of residents, facilities of livelihood, accessibility, etc. And by renovation measures.

What makes Hyderabad a good destination for CRE?

Industrialization and commercial growth through investments in the Services Sector and steady investment in infrastructure make Hyderabad a liveable city. This naturally shoots up the demand for CRE investment.

What is the USP of Hyderabad in CRE sector?

Hyderabad is an emerging CRE market and remains one where the absorption of projects is the norm. This is unlike other metropolitan areas in the country. The affordability and range of housing catering to various income groups make it a convenient emerging market with massive potential.

What is the current scenario of CRE in Hyderabad?

At present, Hyderabad offers a range of properties, most of which offer employees a chance to live in the proximity of their workplace in the IT and allied sectors. More investments and government incentives are to follow in the long run.

What are the prospects of Hyderabad in CRE market?

To reiterate a point made earlier, Hyderabad does not face saturation problems like the Chennai and Mumbai markets. This, coupled with government will and investment potential in commercial areas, makes it one of the most sound places for CRE investment.

What Drives The Price Of A Commercial Asset in Real Estate Investment?
10/05/2022

What Are The Common Misconceptions about Commercial Real Estate?
25/11/2020

How Can You Invest In Commercial Real Estate without Buying Property?
05/11/2020